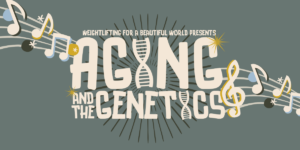 Until very recently, the best clues we had concerning the factors involved in growing old, did not come from healthily aging people but from a less sexy species, are you ready, like yeast. These organisms offered scientists the very first hints about how much of aging actually was due to genes and innate biology and how much was the actual product of other variables. It was yeast and then later, rodents and flies that provided the first real findings about caloric restriction, the intriguing hypothesis that a drastically reduced intake of some calories can extend the human life span. 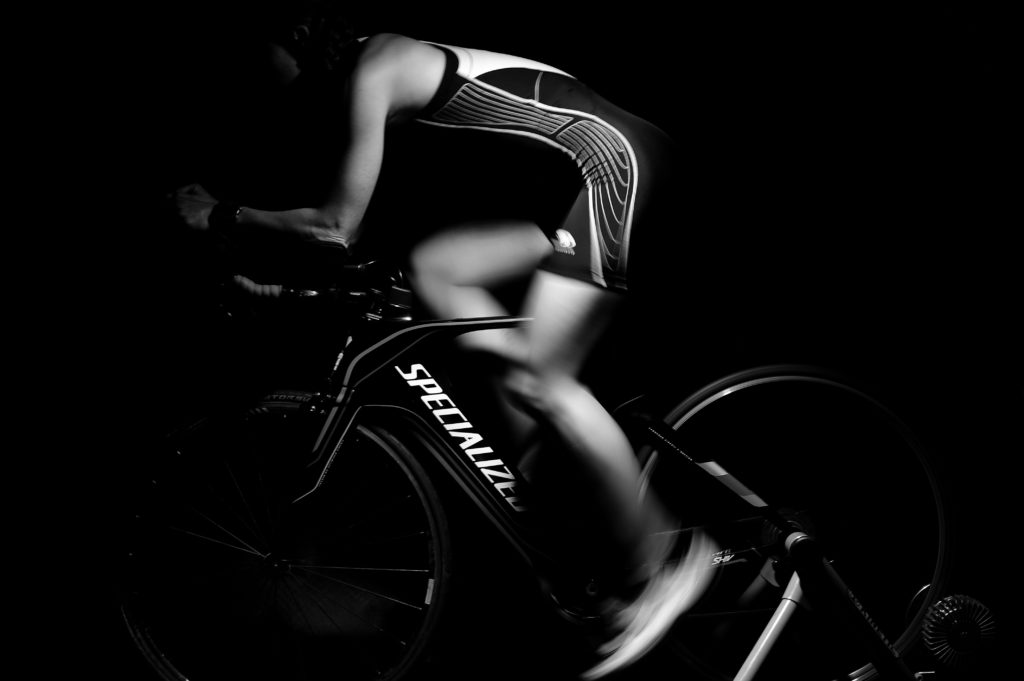 While there is no absolute evidence that the same phenomenon occurs in people, the researchers like Leonard Guarente of the highly respected Massachusetts Institute of Technology (M.I.T), found yeast genes that appear to cause a food-restricted metabolism to use energy much more efficiently, burning through caloric inventory at, just the right rate to maintain life-sustaining processes and at the same time, store enough for future use. 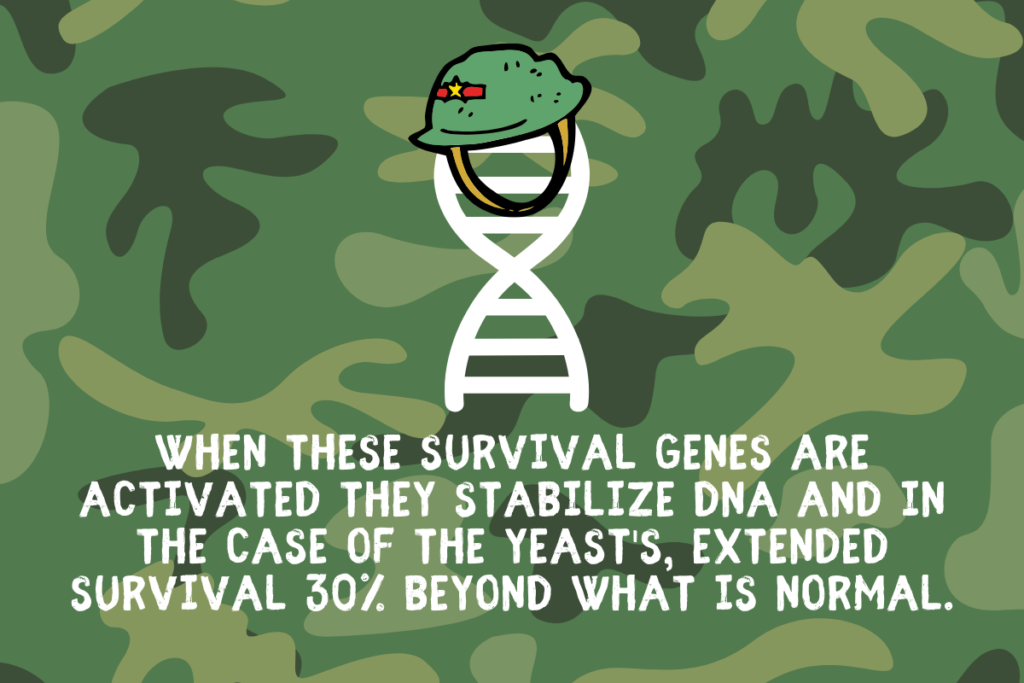 David Sinclair who is a professor of genetics at the Harvard Medical School, calls these the survival genes. When these survival genes, are activated, they stabilize DNA and, in the case of the yeast’s, extended survival 30% beyond what is normal. So far, Sinclair and others have identified a dozen similar genes in humans. They are hoping to find a way to turn these pathways on without the rest of the body to be force to hunker down in survival mode.

However, while genes are certainly an important component of aging, the most relevant factor, they may not be, if only because we don’t have a lot of control over them. But the good news is that, according to animal studies, only 25% to 30% of aging is genetically based, and that means the majority of other variables are in our hands. 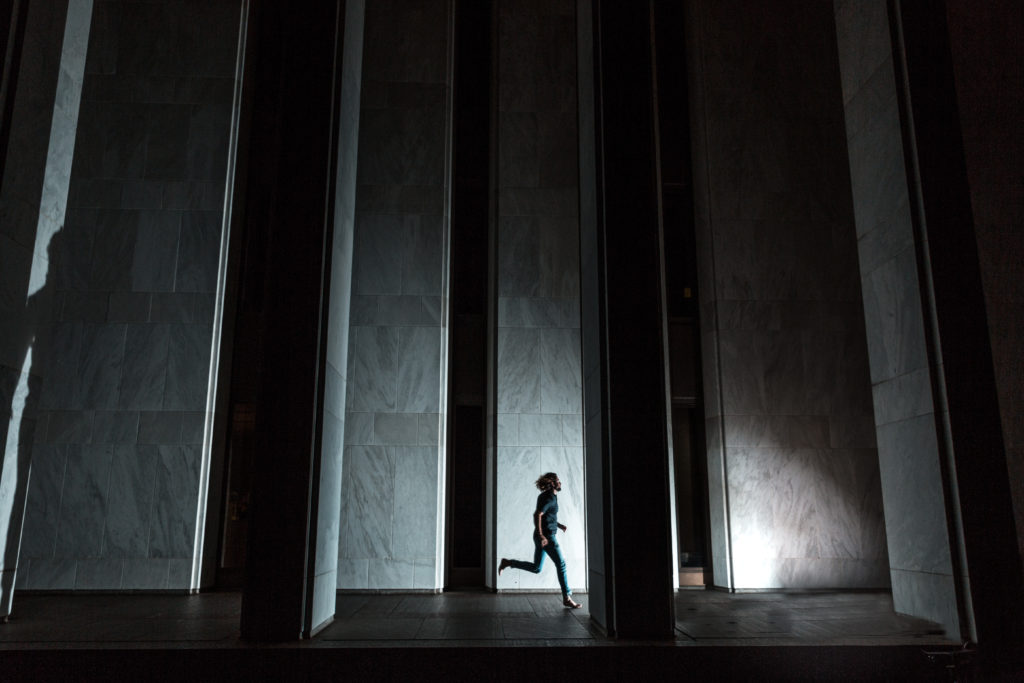 Not only can attaining such factors under control help slow the aging process before it actually starts, it can also help those who are in their golden years improve their strength and fitness. The recent studies have shown, for example, that when seniors from the ages 65 to 75 exercise with resistance weights, they can improve their scores on cognitive tests of decision-making and memory. Other research, in Germany, found with regular physical activity lowers the risk of developing cognitive impairment in people over age 55. 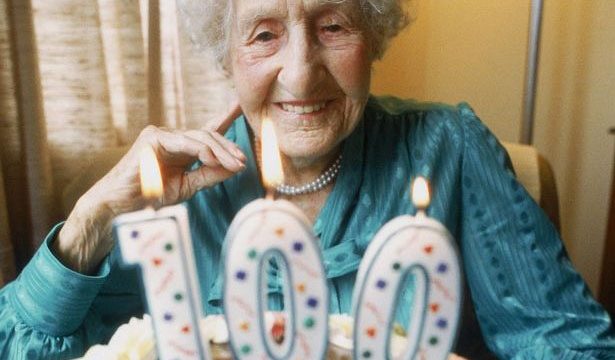 The 70%-30% split between environment and genes, however, does not apply to everyone. For the lucky oldsters like the ones who qualify for the Long Life Family Study ( LLFS ), the reverse seems to be true. Thomas Perls, the principal investigator at the Boston University Medical Center, has found that in centenarians, it is principally genes that are the secret to more years. However, that is not surprising, taken in consideration, since these people represent the extreme limit of the human species, life expectancy.

But the centenarians, beautiful accident of birth may benefit the rest of us also, if Perls and his amazing colleagues are indeed successful in their work, Their very first goal is to draw a complete map of their subjects, genomes, to find out what makes their mortality clocks tick so slowly and for so long. We think centenarians are going to be extremely powerful when it comes to genetic variations or combinations that are actually important to living to really old age, Perls says. The real challenge for the researchers is to identify the genes that contribute not only to longevity but to healthy longevity in particular. Based on its unique collection of the genetic data from the New England Centenarian Study, Perls’s team is now close to identifying such a suite of genes. 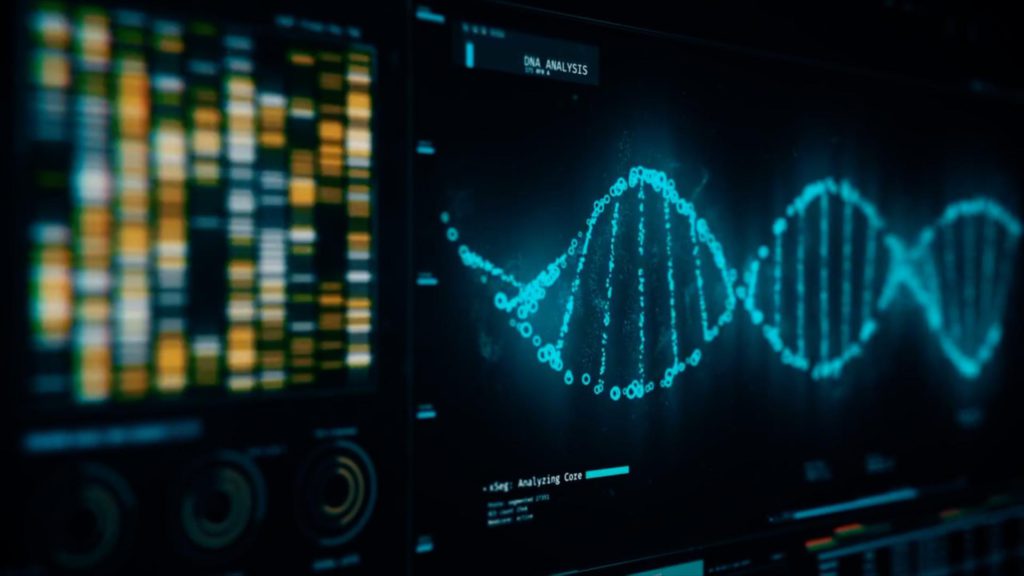 From the evidence that has been gathered so far, it appears that for the most part, individuals who live to 100 and longer do not necessarily avoid the chronic diseases of aging that normally claim the rest of us after midlife. About 40% of centenarians have experienced at least one of these illnesses in their lifetime, however, they seen to push through them without any long-term complications or problems. And when they become sick, according to a study that Perls conducted in 1996, they are less likely to spend time in the intensive-care unit and often require less-expensive care per admission-at least compared with the cardiac surgery, chemotherapy and other ICU procedures that so many of their younger elderly counterparts need. 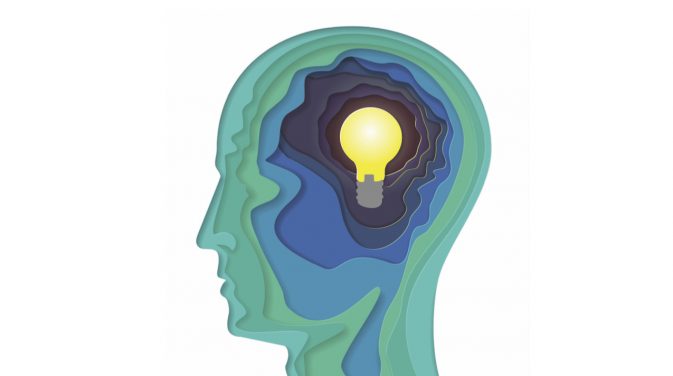 Even as the LLFS investigators are looking for the full suite of the genes behind such resilience, other researchers are focusing on individual areas of the body, particularly the brain. Mr Bruce Yankner of Harvard Medical School is now studying what distinguishes brains that make it to 100 with limited cognitive decline from those that succumb to the ravages of Alzheimer’s disease or other sources of dementia before the age 85.

Yankner zeroed in on genes in the frontal cortex-which is involved in higher learning, goal setting and planning-of people from the ages 24 to 106. That’s a big chronological span, and it has netted a big genetic haul: the research identified no fewer than 440 genes that start to slow down after the age 40. Using that set as a beginning point, Yankner’s team is trying to determine what those genes actually do to affect individual aging processes.

The virtue of this kind of approach is that it gives you a look at the entire developmental trajectory of the key genes throughout the life span of an adult. The other side of the coin is that it lacks specificity: you can’t ever know which 24-to 80-year-olds will actually make it to 90 and beyond so you can’t be 100% certain from looking at their brains which genes are really at work in extreme old age and which eventually deteriorate.

For that particular reason Yankner’s group-like the LLFS investigators is also studying the brains of a separate set of people who have already achieved extreme old age. By coming at the data from two different directions could very will pinpoint the genes that are actually in play and lead to a reasonable file cabinet of targets for deeper research. It is a work in progress, however, it is our understanding that the expression of genes in the brain and how they are regulated is at least an indicator of how well a person is aging, says Yankner. It may play a causal role as well.

Indeed, a causal role is precisely what the early results suggest. The key function of the collection of brain genes that Yankner had identified is to regulate the connections between neurons-vitally important, since it is healthy connections that actually keep neurons alive. Among the first ones to leave when the brain cells start fading away are those involved in memory and learning. This may help explain the way, even the sharpest oldsters are prone to the so-called senior moments, a tendency to forget newly learned information or repeat stories or questions, at times over and over again.

Other genes in this collection have more-precise, important, repair duties, like fixing the small nicks and mistakes in DNA. Without such maintenance work, the normal genetic activities are slowly compromised. Yet despite his excitement over his genetic finding, Yankner too is adamant that DNA is not destiny. Just as we can keep our body fit with the correct lifestyle habits and by avoiding toxins, pollutants and carcinogens, we may be able to keep our genes healthier. Environmentally triggered alterations in genes-known as epigenetic changes-can affect when a gene is activated, how robustly it is turned on and how it can interact with neighboring genes. Free radical provide an outstanding case study of how epigenetic processes play out. 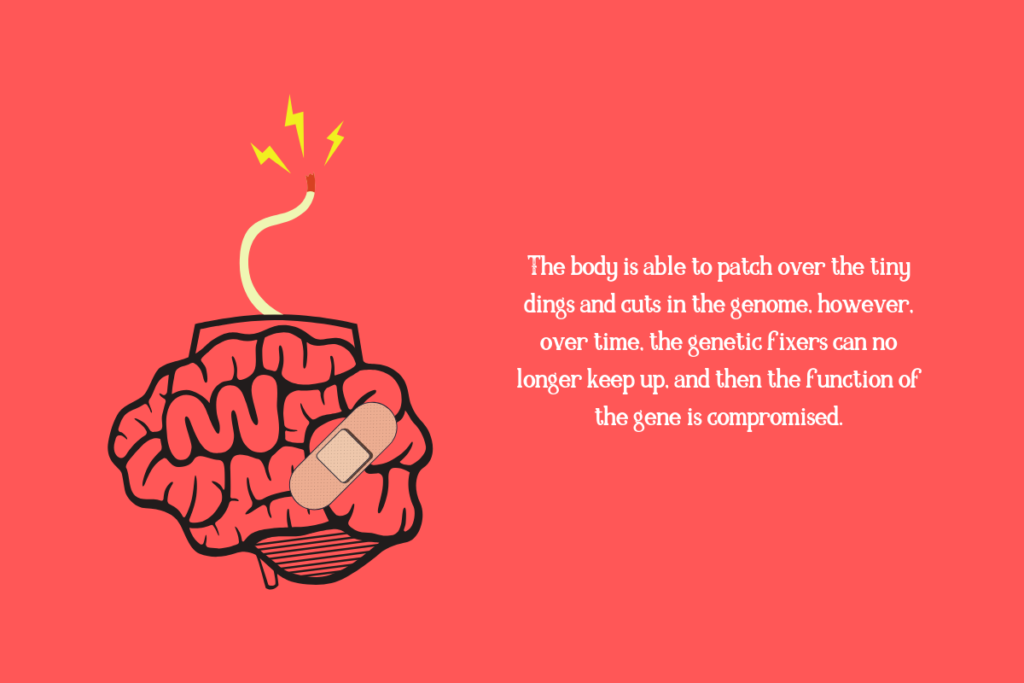 As the brain ages, it weathers, a constant onslaught from these destructive oxygen ions. The body is able to patch over the tiny dings and cuts in the genome, however, over time, the genetic fixers can no longer keep up, and then the function of the gene is compromised. The balance between wear and repair could be the very key to a healthily aging brain. By scanning the genomes of centenarians, Yankner hopes to isolate the genes-and the biological processes that is attached to them that help them stay ahead of the damage. Those might then be harnessed to give noncentenarians the very same edge. 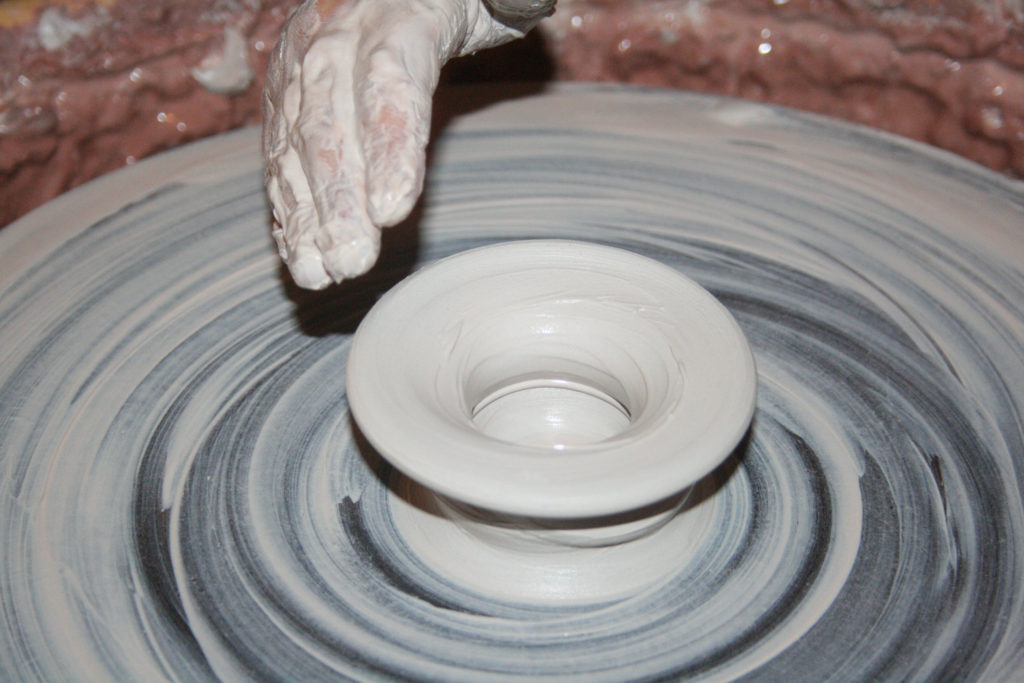 That work may also begin to explain the growing body of the evidence behind the use-it-or lose-it hypothesis, which suggests that people can indeed improve their odds of remaining mentally fit by keeping their minds engaged. Picking up a new hobby, learning a new language, and maintaining a rich network of social connections are always to keep brain neurons firing. Yankner and some others hope to be able to isolate which brain circuits seen to be the most active in this process.

We are now living in exciting times, as studies of the longest-lived among us continue to reveal more amazing, secrets to living well into old age, we can only hope that;s a happy dilemma that more of us will have. May you be always in good health, humbly yours Paul Earl.

4 thoughts on “AGING AND THE GENETICS”