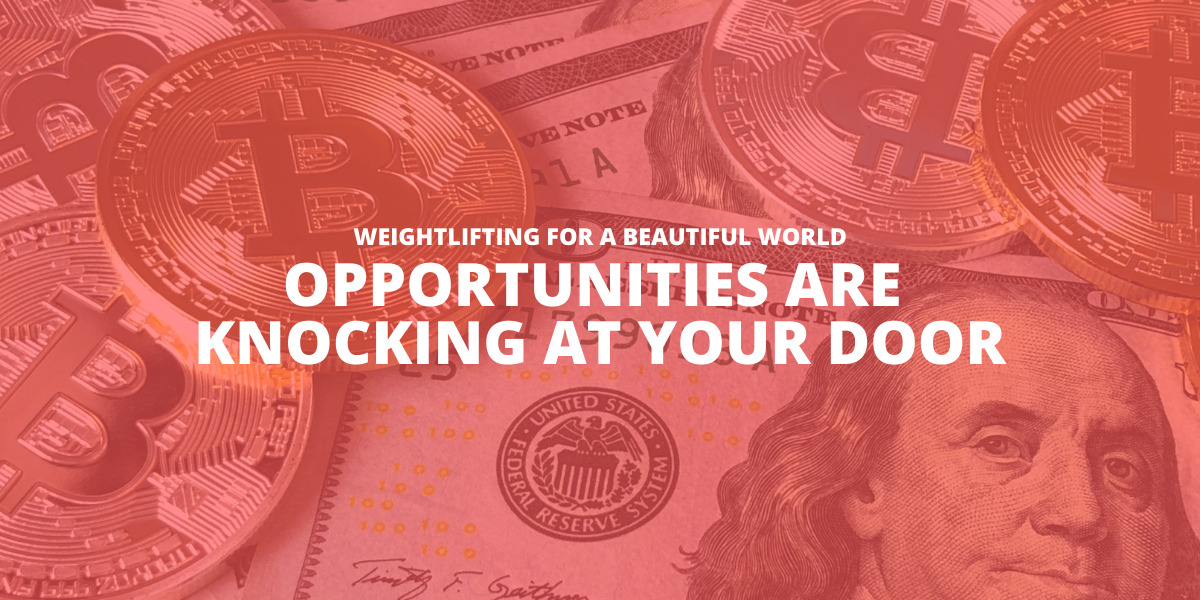 Most people in this world barely notice opportunity as it passes right by them, however, I am sincerely hoping that all of you, my readers are different and will know a real opportunity when you see one. This past week according to an article from futurism.com, cryptocurrencies has hit an all time high valuation of 2.25 trillion dollars wow, that alone suppresses the total amount of all U.S. printed dollars and hard coin currency that is in circulation across the entire globe combined.

The U.S. dollar amount is around 2 trillion dollars in circulation, a number that cryptocurrencies matched in last April according to an article from The Wall Street Journal. By each given day more and more of the elite, the wealthy, and major corporations and companies are investing in digital currencies and some are creating their own coins. A very wealthy man once told me to keep my eyes on the rich, and follow their footsteps because it will lead to prosperity. Believe me people these were words of wisdom.

My team and I, With all sincerity do believe Bitcoin is going to rise much, much higher and everyone who doesn’t own at least some of Bitcoin will have gridding of teeth and will be regretting it down the road. And absolutely everyone who doesn’t own altcoins-the alternatives to Bitcoin that is smaller, less known and has even bigger potential gains then Bitcoin are definitely making one of the biggest mistakes of their investing lives, the handwriting is on the walls.

My dear friends mainstream media always likes to talk about the risk in digital currency, while it is true, there are some risks, however, I sincerely believe that the biggest risk in Bitcoin and some of the other digital currency, today is not owning any of it. Bitcoin has become a legitimate store of value for anyone worried about the devaluation of the dollar. Think about it dear friends, here in America, we are printing money like no tomorrow, with nothing that really backs it, however, there is only so much of Bitcoin that is available, you get me? 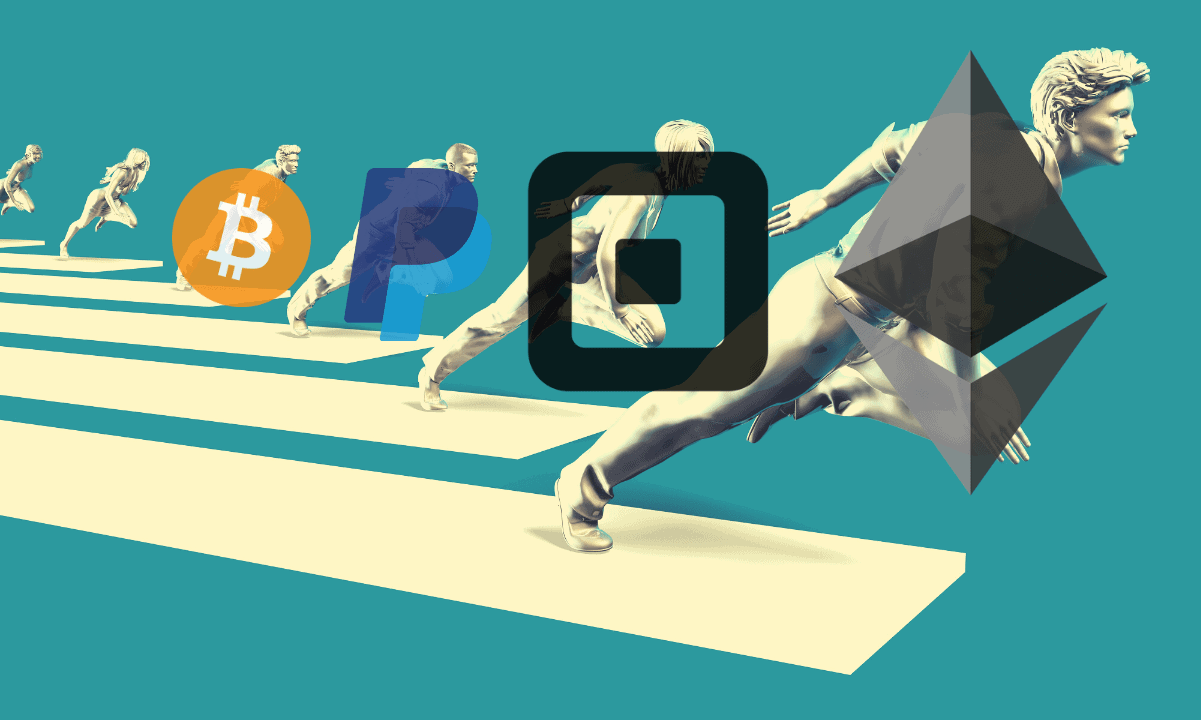 Two of the major payment Giants PayPal and Square and other powerful new forces with trillions to invest are starting to buy Bitcoin in earnest. This will send a big tidal Wave of money into Bitcoin that will make the recent money flows look like small ripples on a little pond. What’s really happening is in short, Bitcoin is quietly becoming, the defacto currencies of the rich, and unfortunately most of our working class citizens just don’t understand, or refuse to understand the wealth that they could create by investing in digital currency.

My dear friends it is our belief, within the next few years there will be two types of people, the well-to-do, who own some Bitcoin and other select cryptocurrencies to preserve and grow their wealth, and the ones that will live with regret, because they did not, even though the opportunity was knocking very hard on their door. I firmly believe that the coming months are critical to investors potential. The bottom line, you need to get in now, not tomorrow, NOW. 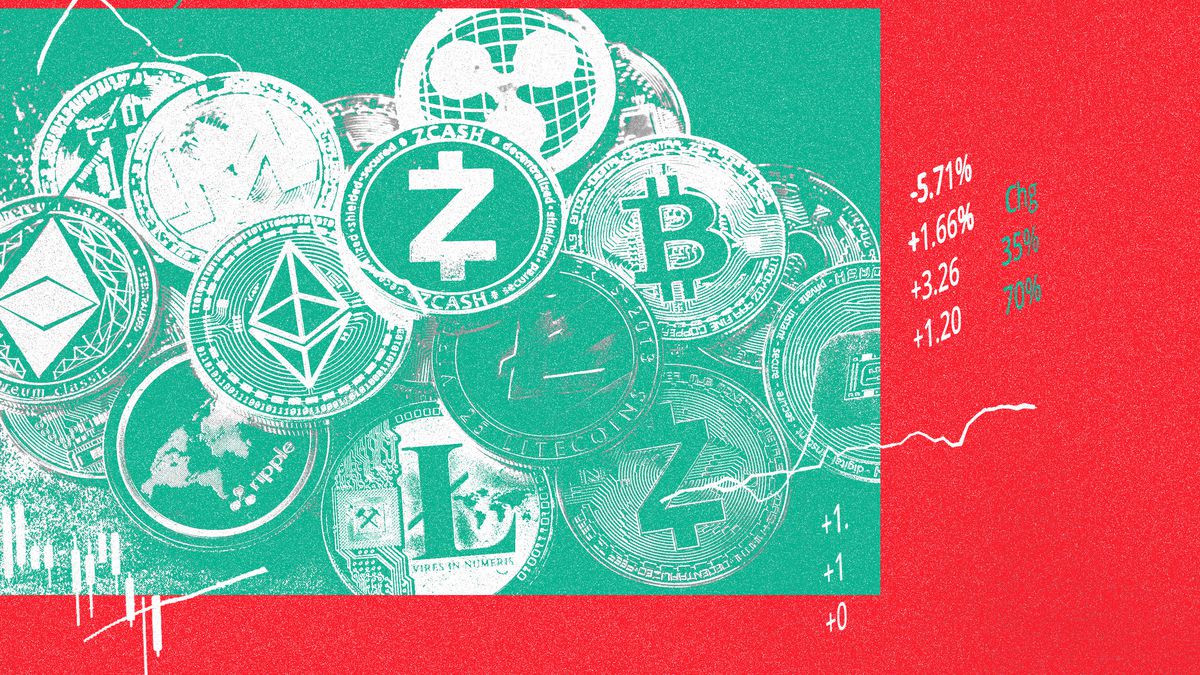 Not buying Bitcoin today is that kind of missed opportunity, and the reason is, it’s still early in the game for cryptocurrencies and the opportunities for massive gains are still there for the taking. My friends, the big story that you are not hearing about Bitcoin, is the reason Bitcoin will continue to climb higher and higher in the coming months. You see my dear friends, this time it’s not speculators or mom-and-pop investors driving up the price of Bitcoin. It’s people with money, real money and lots of it, Bitcoin just recently started on the path to mass adoption with the people that have not just millions or billions to invest but TRILLIONS.

Please don’t make the same mistake that I made in 2014, when a close friend of mines by the name of Charles, done everything he could do in his power to try to convince me to jump on board with Bitcoin. However, I didn’t do it, he walked away with over two and a half million dollars. And believe me to this very moment I live with regret. Another close friend in Boston in 2017 try very hard to persuade me to jump on board with Bitcoin, and of course being stubborn and bullheaded like I am at times, I didn’t do It again, he walked away with $250,000, and I walked away with more regret. Well boys and girls, not this time I am on board in a very big way. 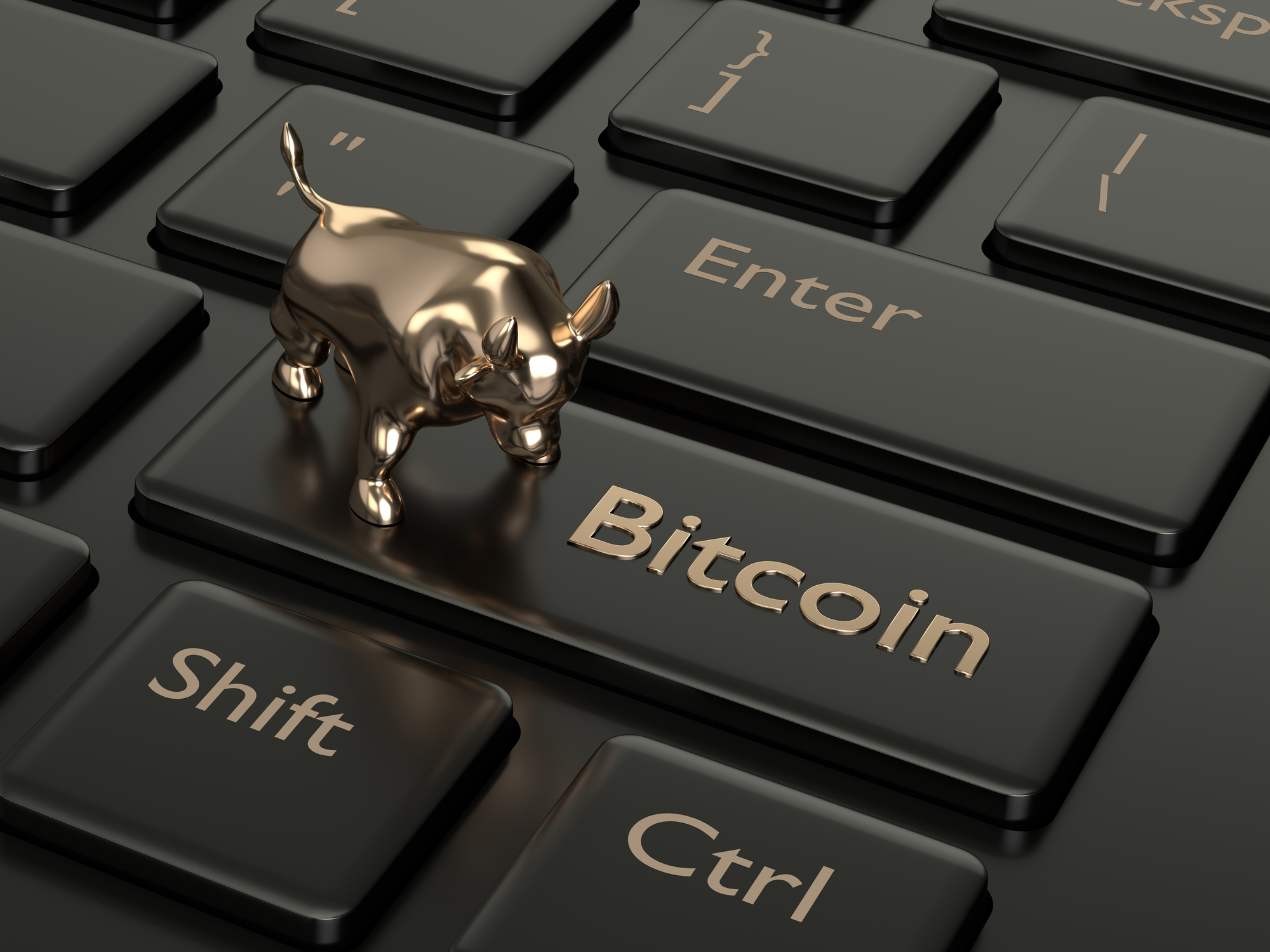 The tech company Microstrategy brought well over 1 billion in Bitcoin in 2020. Tesla announce in February of this year, that it owns over 1.5 billion in Bitcoin. And also, MassMutual a boring old Life insurance company that has been around since early 1851 announced it invested $100 million in Bitcoin as a first step into the big world of cryptocurrencies.

My friends, billionaire investors are buying Bitcoin in a very large way, like Paul Todos, and Stanley Druckenmiller, these are just two of the many investing legends that are now on board. Goldman Sachs, head of commodities research calls Bitcoin, the retail inflation hedge, just like gold or copper. And now Wall Streets largest investment Banks are on board, and they are believers in the long-term potential of Bitcoin. Now listen to this boys and girls, a top strategist at Morgan Stanley says that the U.S. dollar is losing its position as the world’s reserve currency and Bitcoin has already begun to replace it, are you listening people? One Citibank analyst said, Bitcoin could hit $300,000 in 2021, another JP Morgan analyst ran the numbers a total different way, and said he believes Bitcoin could hit $650,000 in 2021. And a former Goldman Sachs hedge fund chief predicts Bitcoin will hit 1 million in 5 years. Now I definitely don’t know which of these predictions will be right if any at all, however, I do believe that this is a clear sign that people with big money, do believe Bitcoin is going to be huge and they are putting their money where their mouths are. And that these people have a proven track record of making money, you get me? 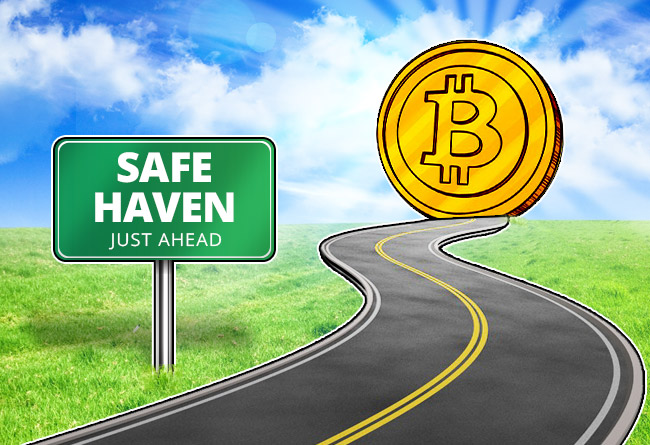 If the past 5 years have shown us anything, trying to grow your wealth without Bitcoin is like trying to win the Daytona 500 on a horse. Yes, you’ll get around the track, but it’s going to take you a lot longer, and us humans don’t have forever, you do understand?

I sincerely believe that for the first time ever, Bitcoin is now being seen as a safe haven asset by the wealthy, the elite, the people with big money. And that my friends is a sea change, this without a doubt has the potential to send Bitcoin to $100,000 and beyond. You see, the people getting into Bitcoin now are the people with money, who owns most of the wealth around our world. The old money, the so-called smart money, the institutional money. And these people don’t be buying just because something is going up. What we are actually seeing is a seismic shift in the way the world’s elite store and protect their wealth right before our eyes. 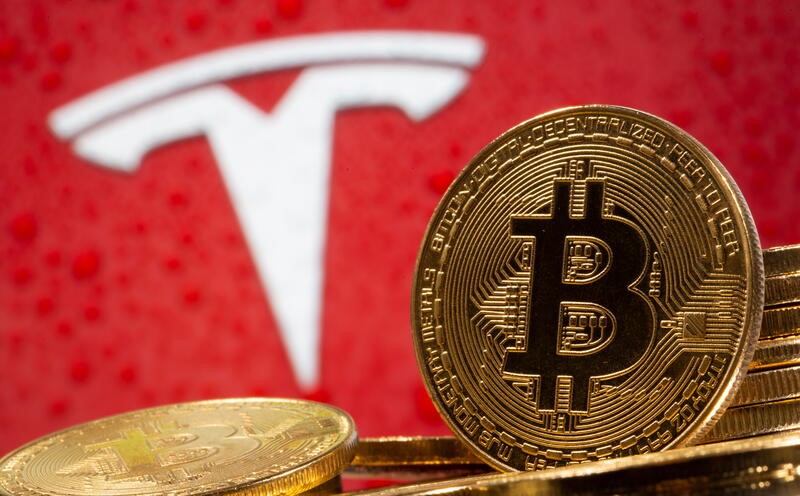 Tesla, the coolest company on our Earth announced in February that they have bought 1.5 billion dollars worth of bitcoin and would allow their customers to buy their cars with Bitcoin, are you listening to this? The fact is, the way we are now paying for (goods) things, store value, protecting our savings and Building wealth is changing boys and girls, before our very eyes, all because of the growth of cryptocurrencies.

I have nothing to gain in this article, but to help all of you. I am not making any commissions as of now, that’s right my team and I are not making one red penny. With all of my heart, my team and I only want the very best for all of you. We want you to be happy, to be healthy, and to have an abundance, to acquire wealth, this is our sincere self-proclaim mission. Below, are some opportunities for you to look into, we have looked over hundreds of opportunities such as these, and these are the ones that we believe that could really help you in a very big way to protect your money, and attain wealth.

Just within the last few months, Morgan Stanley became the first big US Bank to offer wealthy clients access to bitcoin funds, and it is letting it’s advisers put up to 2.5% of clients portfolios into them. And let me tell you people the value portfolio managers is definitely compelling.

ARK Invest’s Cathle Wood still believes that Bitcoin is headed for $500,000 per coin. My team and I believe it will eventually hit 1 million. For the first time in the last couple of months, the risk/reward trade off in Bitcoin looks clearly tilted towards the upside again. I bought some Bitcoin when it was in the dip of the 32s, and I bought more today when it was in the 40s, my dear friends get in NOW BEFORE IT GOES WAY UP. This is clearly the time that opportunity is knocking, don’t be overthinking this too long, because before you know it, the big part of this opportunity will be gone. 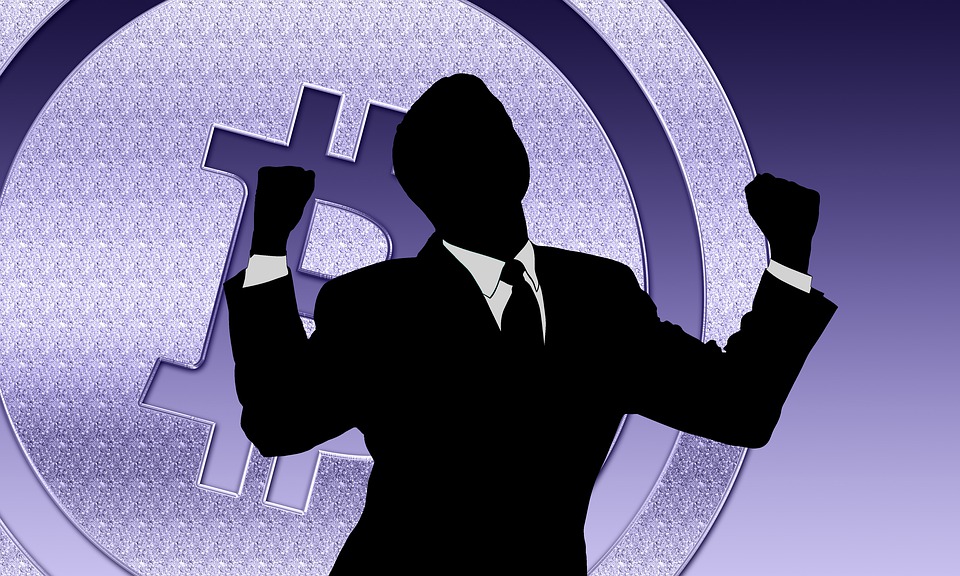 Wealthy people own valuable assets, the middle class and the poor simply rely on salaries. This is one reason why doing the economic crisis the rich are getting richer, while the not so rich are getting poorer. I don’t care where you are right now, whether you are an employee, an entrepreneur, a retiree, whatever. If you want to secede, you first have to get up and start. You can’t be watching shark tank, my friends, you have to be the shark. And in order to be that shark, sometimes you have to go with that gut feeling and take a risk, like every woman or man before you that has become successful. 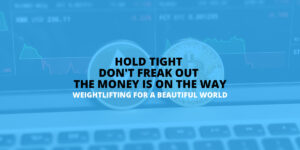 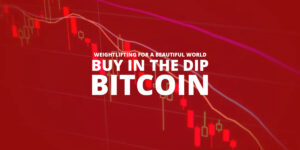 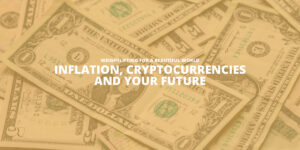 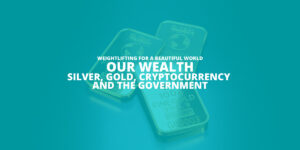 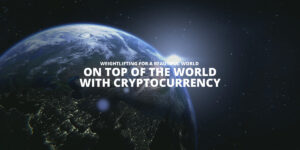 6 thoughts on “OPPORTUNITIES ARE KNOCKING AT YOUR DOOR”