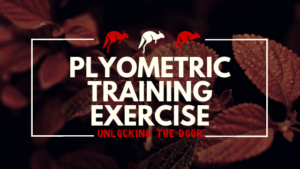 Plyometric training, also known as jump or reactive training, is a form of exercise that uses explosive movements such as hopping, bounding, and jumping to develop muscular power. Plyometric training is a way of training in which the person reacts to the ground surface in a way that they develop larger than normal ground forces that can then be used for one to project the body with a much greater velocity or speed of movement. An individual must possess adequate core strength, range of motion, and joint stability and also have the ability to balance efficiently before beginning any plyometric exercises.

(PLYOMETRIC TRAINING IS GENERALLY NOT AN APPROPRIATE FORM OF TRAINING FOR ANY INDIVIDUALS WITH SELECTED CHRONIC DISEASES OR ANY OTHER HEALTH OR FUNCTIONAL LIMITATIONS.) 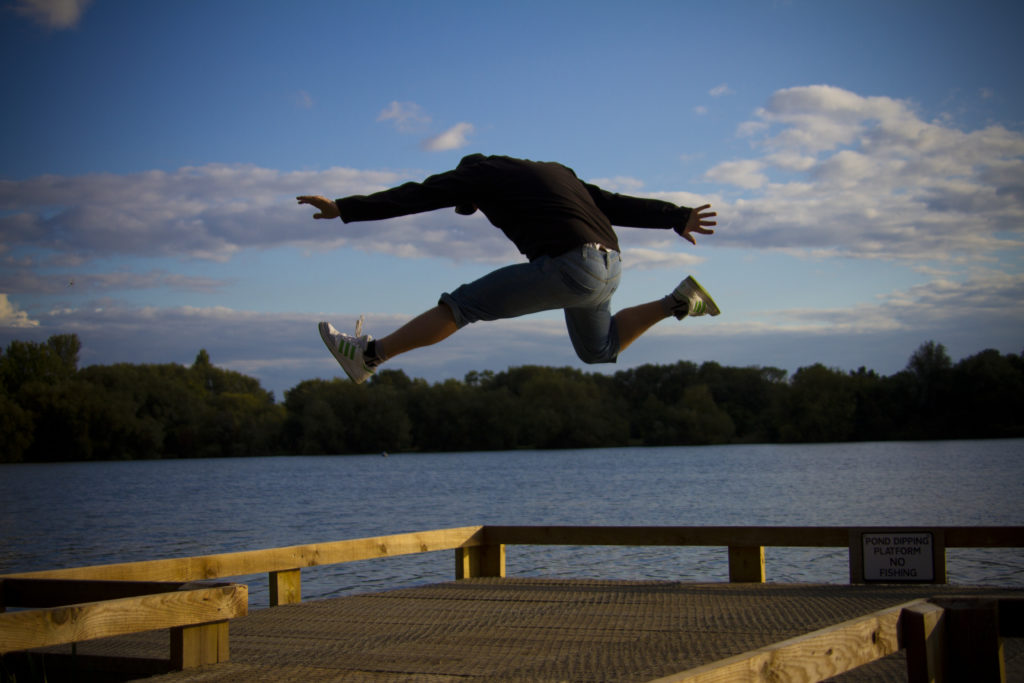 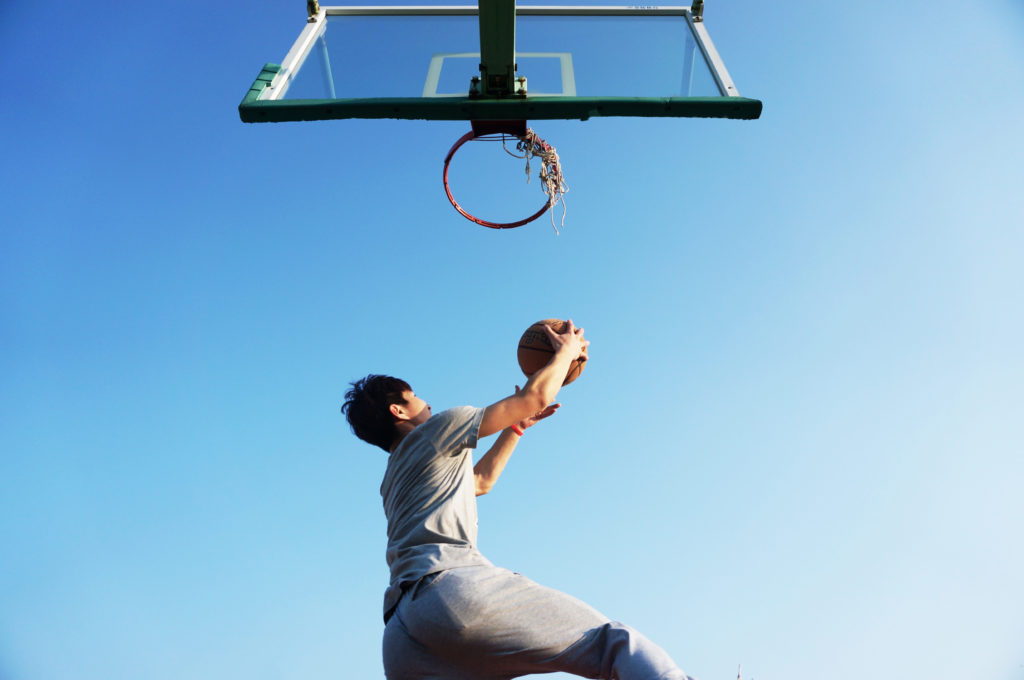 Look at the good basketball players when they are prepared to jump up for a loose ball, you will see them prepare by lowering their body slightly as they are flexing at the hips, knees, and the ankles. Sometimes, they may even drop their arms to assist in a takeoff. At a fairly shallow point, ball players will reverse this downward motion and will rapidly project themselves from the ground extending their hips, knees, ankles, and having arms upward.

The overall height that they will achieve is always determined by their vertical velocity or how fast they actually leave the ground. This my friends is the essence of a plyometric exercise and uses a characteristic of muscle that is known as the stretch-shortening cycle of the integrated performance paradigm.

There are three distinct phases involved in plyometric training, that includes the eccentric or loading phase, the amortization phase or the transition phase, and the concentric or the unloading phase. 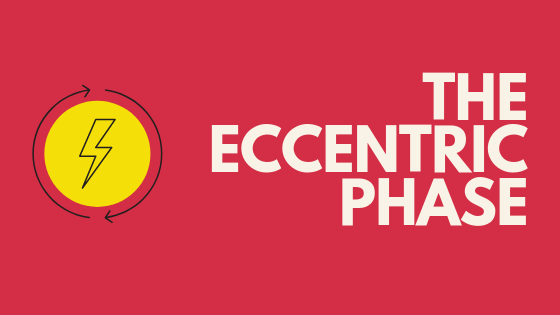 This first stage of plyometric movement can be classified as the eccentric phase, or the deceleration, loading, yielding, counter movement or cocking phase. This phase increases muscle spindle activity by pre-stretching the muscle before activation. Potential energy is being stored in the elastic components of the muscle during this loading phase, sort of like stretching a rubber band. 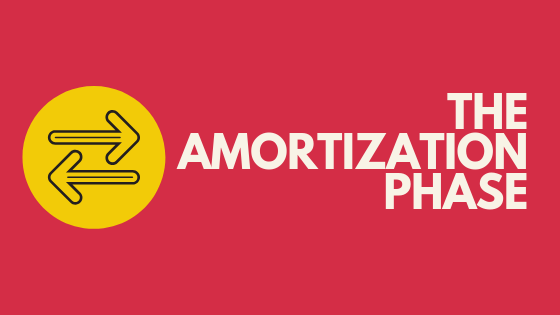 This phase involves dynamic stabilization and is the time between the end of the eccentric muscle action (the loading or deceleration phase) and also the initiation of the concentric contraction (the unloading or the force production phase). The amortization phase, which is sometimes referred to as the transition phase, is also referred to as the electromechanical delay between the eccentric and concentric contraction during which the muscle must switch from overcoming the force to imparting force in the intended direction.

A prolonged amortization phase results in less than optimal neuromuscular efficiency from a loss of elastic potential energy. With a rapid switch from an eccentric loading phase to a concentric contraction that leads to a more powerful response. 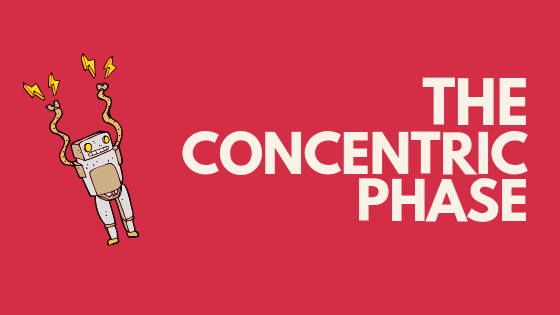 The concentric phase, (which is the unloading phase) will occur immediately after the amortization phase and will involve a concentric contraction, resulting in enhanced muscular performance after the eccentric phase of muscle contraction. This is synonymous with releasing a rubber band after it was stretched. 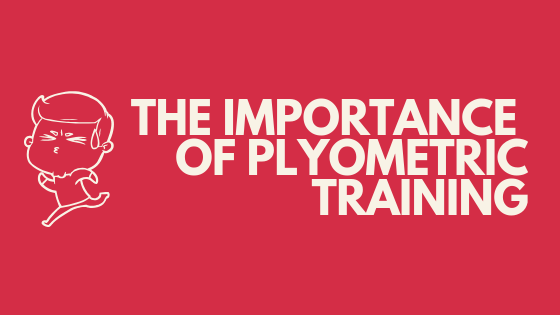 Plyometric exercises will enhance the excitability, sensitivity, and reactivity of the neuro-muscular system and will increase the rate of force production (the power), motor unit recruitment, firing frequency (rate coding), and the motor unit synchronization. These training exercises are a progression that can be incorporated once you have achieved an over-all strength base, balance stabilization capabilities and proper core strength, and balance stabilization capabilities. 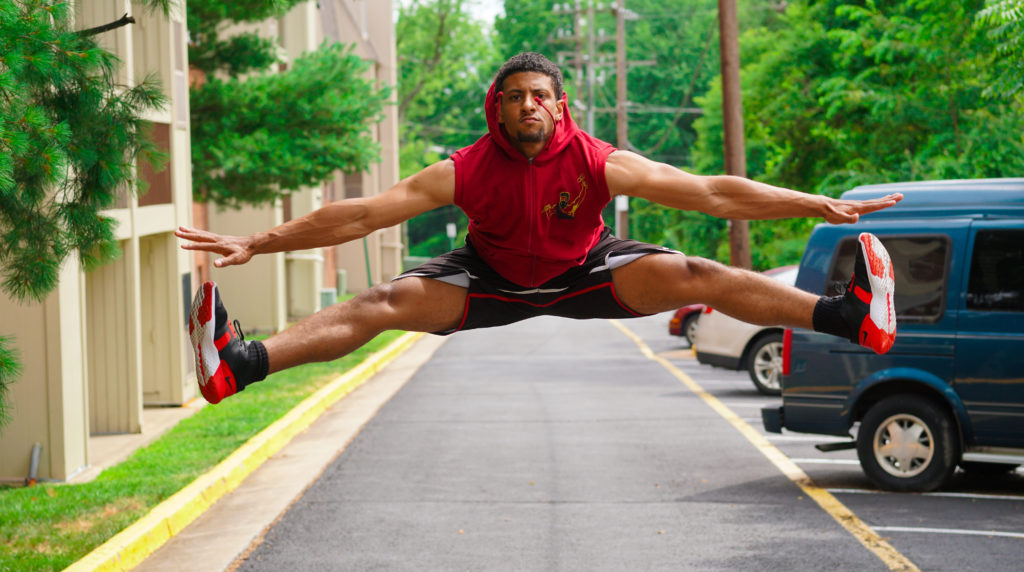 Adequate isometric stabilization strength (to developed through balance, core, and resistance-stabilization exercises) decreases through the time between the eccentric muscle action and concentric contraction, that will result in a shorter ground contact time, which result in decreased tissue overload and potential when performing plyometric training.

Plyometric exercises also uses the stimulation of our body’s proprioceptive mechanism, and elastic properties in order to generate maximal force output in the minimal amount of time. All the movement patterns that will occur during functional activities, involve a series of repetitive stretch-shortening cycles (eccentric and concentric contractions). Stretch-shortening cycles require the neuromuscular system to react quickly and efficiently after an eccentric muscle action to produce a concentric contraction and to impart all the necessary force (or acceleration) in the appropriate direction. 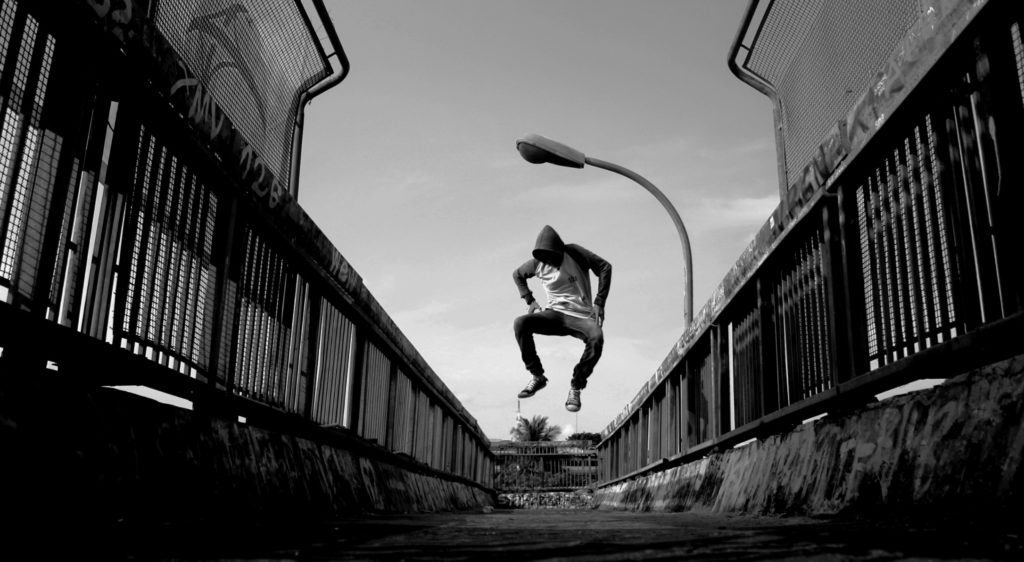 The purpose of the activity is to produce the necessary force to change the direction of an object’s center of mass efficiently, the functional movements such as cutting or change-of-direction, will require training exercises that emphasize plyometric training to prepare you for the functional demands of a specific activity.

Plyometric training will provide the ability to train specific movement patterns in a biomechanically correct manner at a more functionally appropriate speed. This will provide better functional strengthening of tendons, muscles, and the ligaments to meet the demands of everyday activities and in sports. The ultimate goal of being involved in plyometric training is to decrease the reaction time of the muscle action spectrum (eccentric deceleration, isometric stabilization, and concentric acceleration). 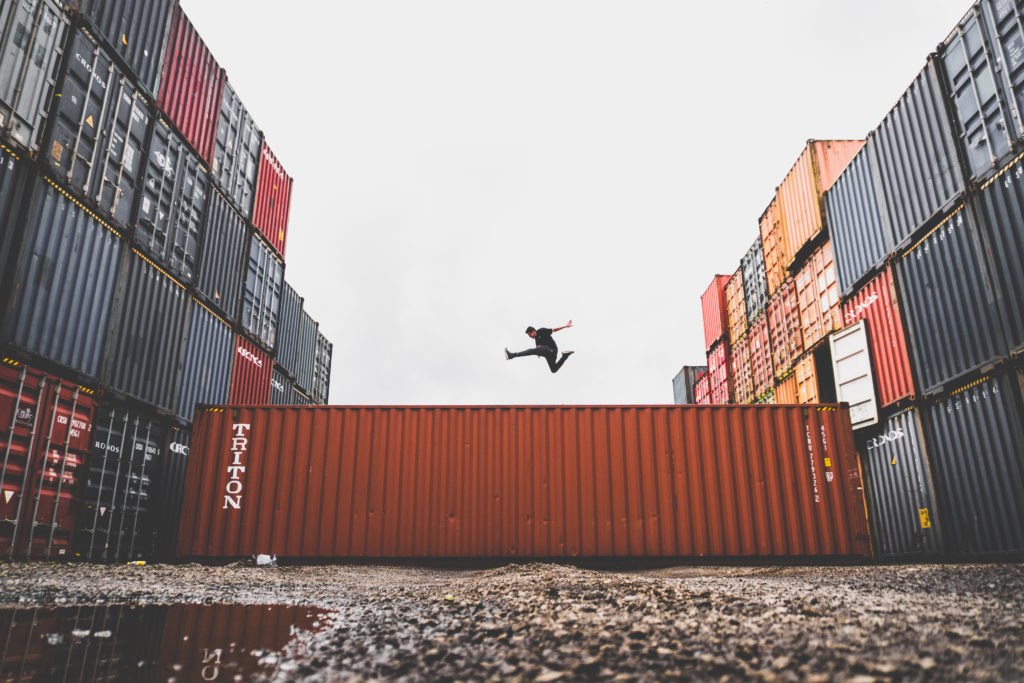 The speed of muscular exertion is limited by the neuromuscular coordination. What this means is, the body will only move within a range of speed that our nervous system has been programmed to allow. Plyometric training will improve neuromuscular efficiency and will improve the range of speed set by our central nervous system. Optimal reactive performance of any activity will depend on the speed at which muscular forces can be generated. 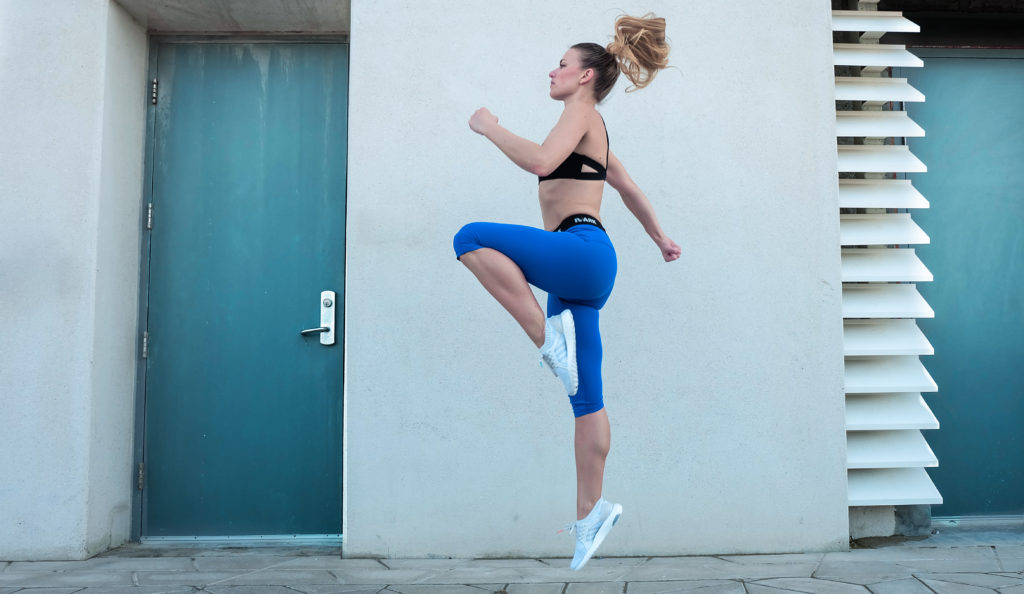 My friends, this is another component of program design that is quite often overlooked in the traditional training programs. Unfortunately plyometric training is often perceived by many to be too dangerous, and as potentially increasing the risk of an injury. However, my friends plyometric training has a systematic progression sequence that allows an individual to begin with less demanding exercises and than progress to a more demanding exercises as he or she adapts. This is really no different from any other form of training. 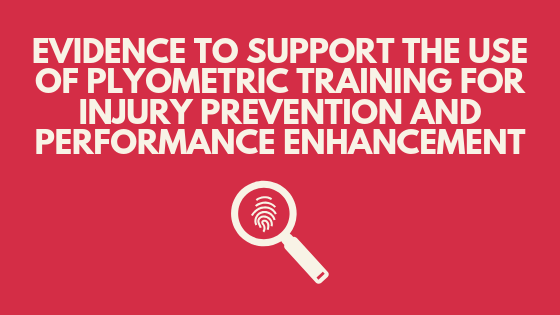 forces, enhanced the muscle-balance ratio between the quadriceps and the hamstrings,

and decreased the rate of anterior cruciate ligament injuries in female soccer, volleyball,

and basketball players who did incorporated plyometric training into their program.

of landing. This is one of the factors contributing to the high incidence of anterior cruciate ligament (ACL)

injuries in athletes who are female.

SHOES, AND BE ON A PROPER TRAINING SURFACE SUCH AS A BASKETBALL COURT, A GRASS FIELD, OR A TARTAN TRACK.