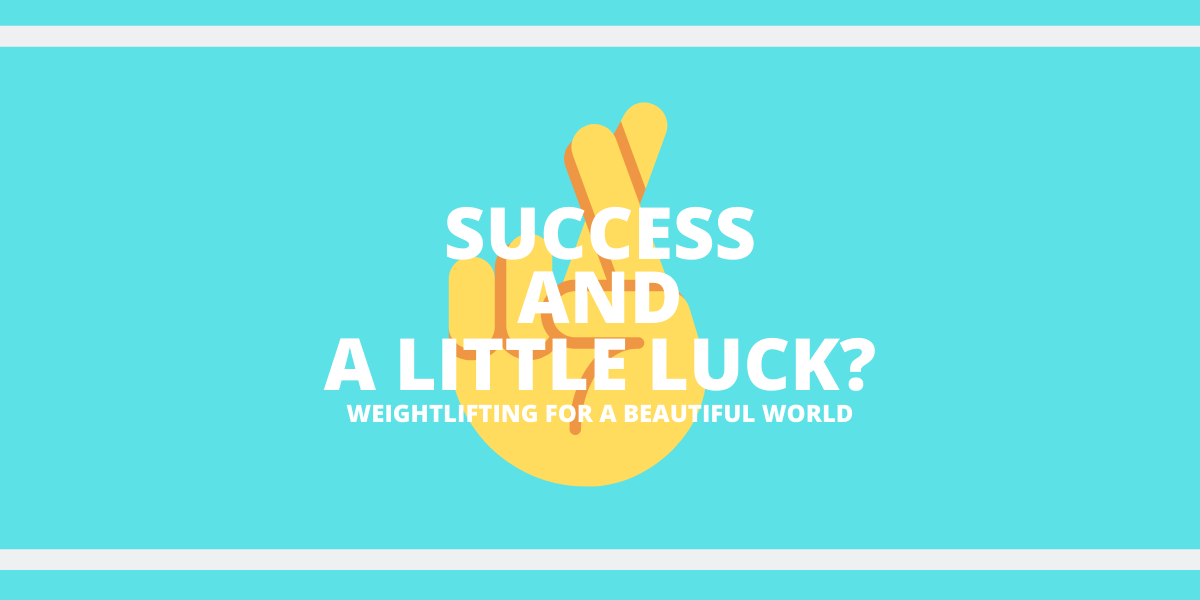 From a very early age, most of us are taught that if we want to get ahead in this world, we must knuckle down, nose to the grindstone, put our big boy pants on and pull up our boots, or something like that. Then we should be like one of those Horatio Alger characters who, through talent and very hard work, ultimately achieve the almighty American Dream. Most of us have learned in school how Thomas Edison tested a vast array of materials, from human hair 2 to Coconut fiber, and only then figured out that carbonized bamboo was the best substance for a reliable light bulb filament. Before I got through, Thomas Edison admitted, I test around 6,000 vegetable growths, and ransacked the world for the most suitable filament material. 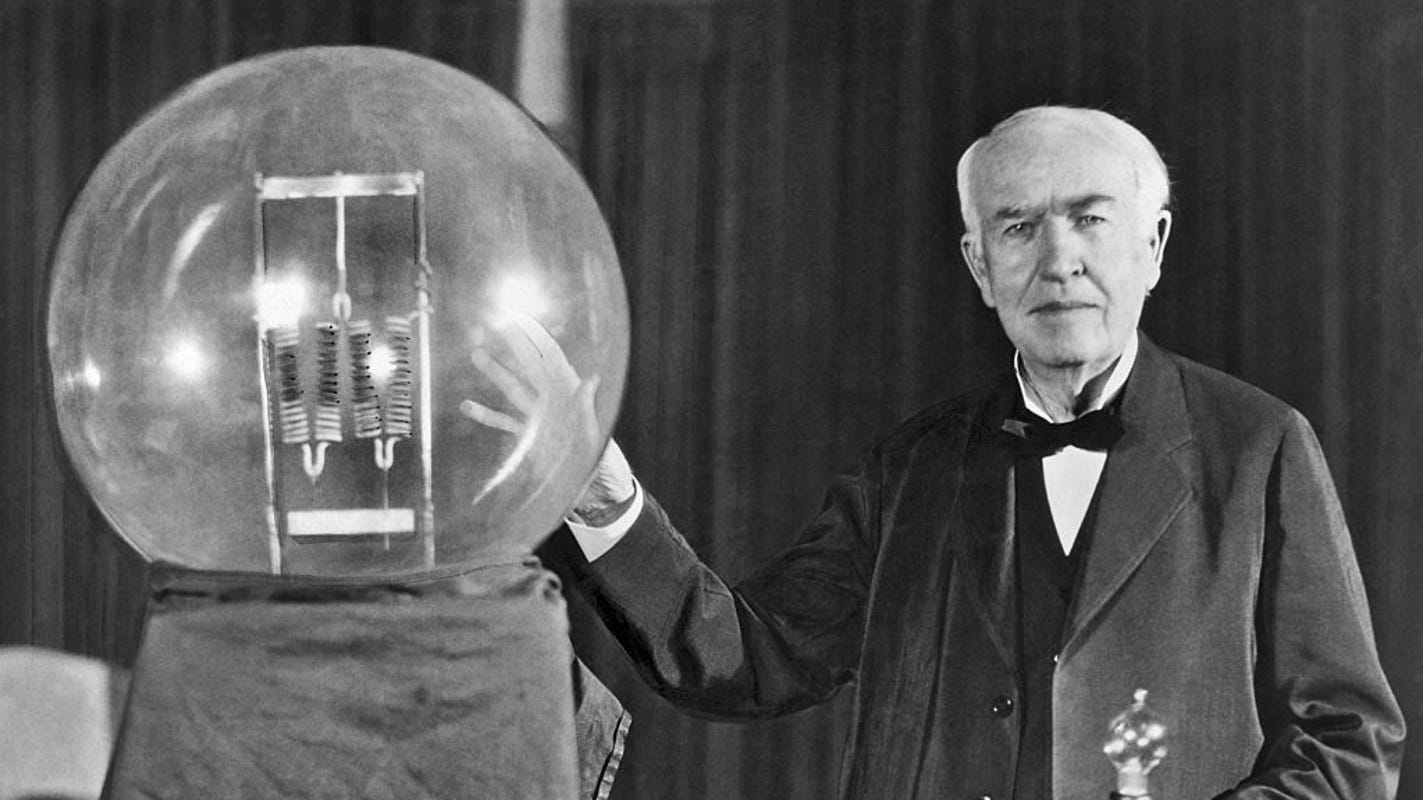 Thomas Edison, of course, was The Wizard OF Menlo Park who amassed1093 patents for everything from the phonograph to the motion picture. He was also famously posited that genius is a 2% inspiration and 98% preparation. However, despite Edison’s brilliance and indefatigability, it was a bit of luck, also courage that set him on his spectacular path.

As a teenager, Edison happened to be at the right place at the right time to rescue a three-year-old kid about to be hit by a locomotive. In gratitude, this child’s father rewarded Edison by teaching him railroad telegraph, which place Edison on the road to inventing. Of course, Edison is far from the only innovator blessed by the Goddess Fortuna. 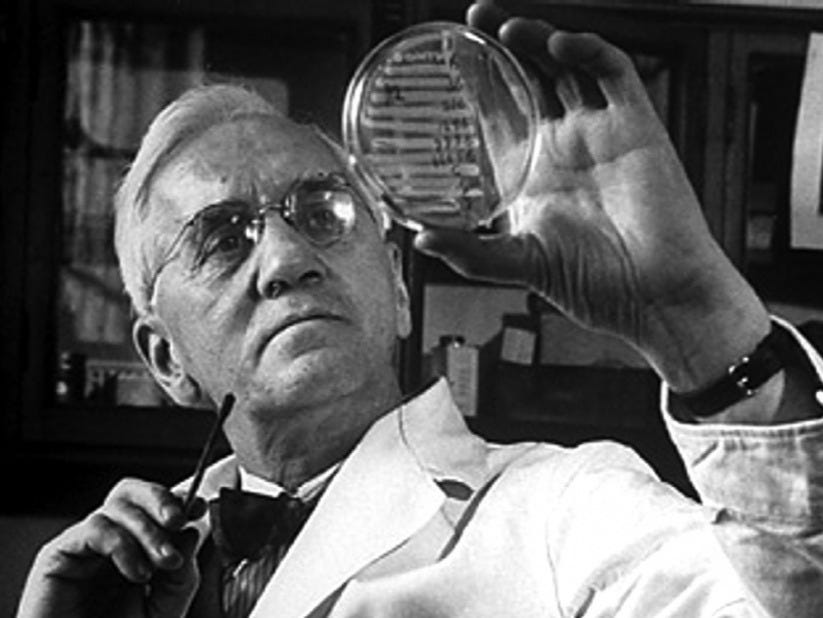 For an example, let us take in consideration Alexander Fleming. When the bacteriologist returned home from a vacation, he was disheartened to find his London lab a total mess. Before he began cleaning up, Fleming notice that a mold that is called penicillin notatum was on the Petri dishes of colonies of Staphylococcus aureus and that it stopped the growth of staphylococci. From that, Fleming discovered penicillin, the world’s first antibiotic. When I woke up just after Dawn on September 28th, 1928, I certainly had no plans to revolutionize all medicine, he wrote. Fleming’s accidental discovery let him to win a Nobel Prize. More important countless people are lucky to be alive because of his discovery. 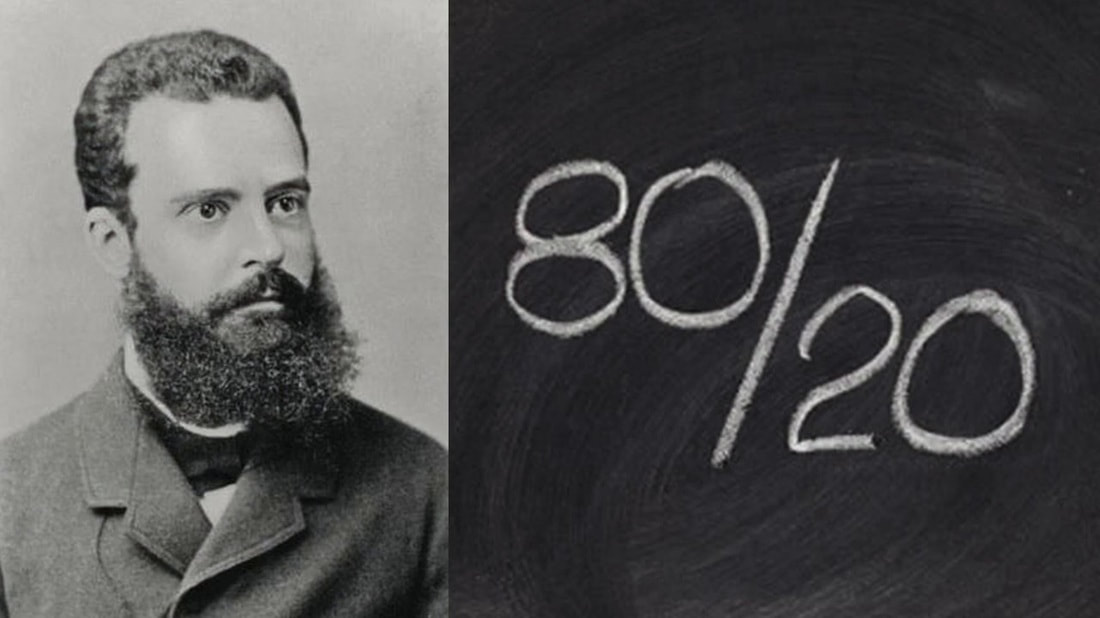 How much, of success can be attributed to just dumb luck, turning the corner on the right day at the right moment, picking the right stock or being born into the right family? In 1906, economist Vilfredo Pareto realize that 20% percent of Italians control 80% of the wealth, a proportion that it was soon revealed exists throughout societies. This morphed into what is known as the Pareto principle, or the 80-20 rule.

That principle states that four fifths of what is accomplished comes from one fifth of the work. So while many may be blessed with good work ethic and intelligence, unfortunately hard work doesn’t always bring success, and a lack of labor might not necessarily mean total failure. Other factors are indeed at play. 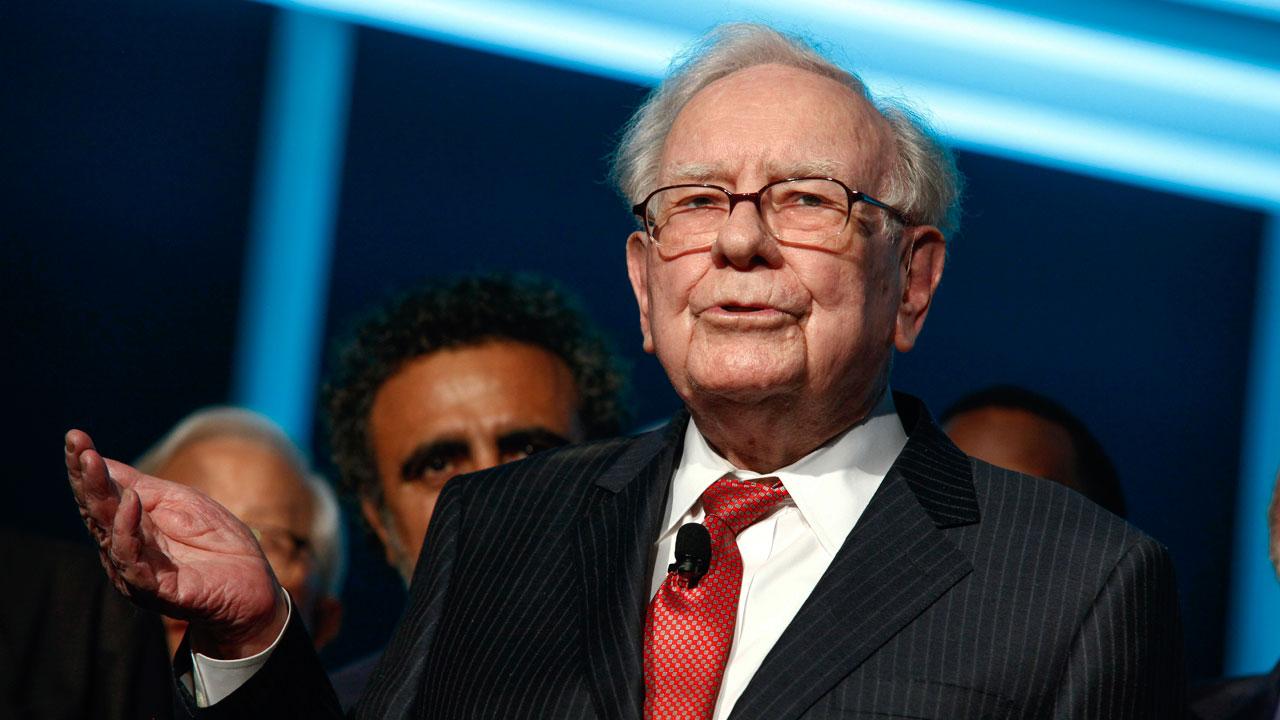 A good deal seems to depend on winning what billionaire investor Mr. Warren Buffett in 2013 called the ovarian lottery, which could allow someone to be a part of that 20%. Let us think about such a Life lotto. First there is the chance of being conceived and then compound those gazillion to one odds with being blessed with outstanding health, having nurturing parents, attending an upper-class school, making all the correct choices and knowing all the right people. The probabilities are incalculable, the variables infinite, the chances gobsmacking. And while the success- luck link doesn’t always necessarily lead to wealth and acclaim, when it does, it makes for great cocktail party time talk. 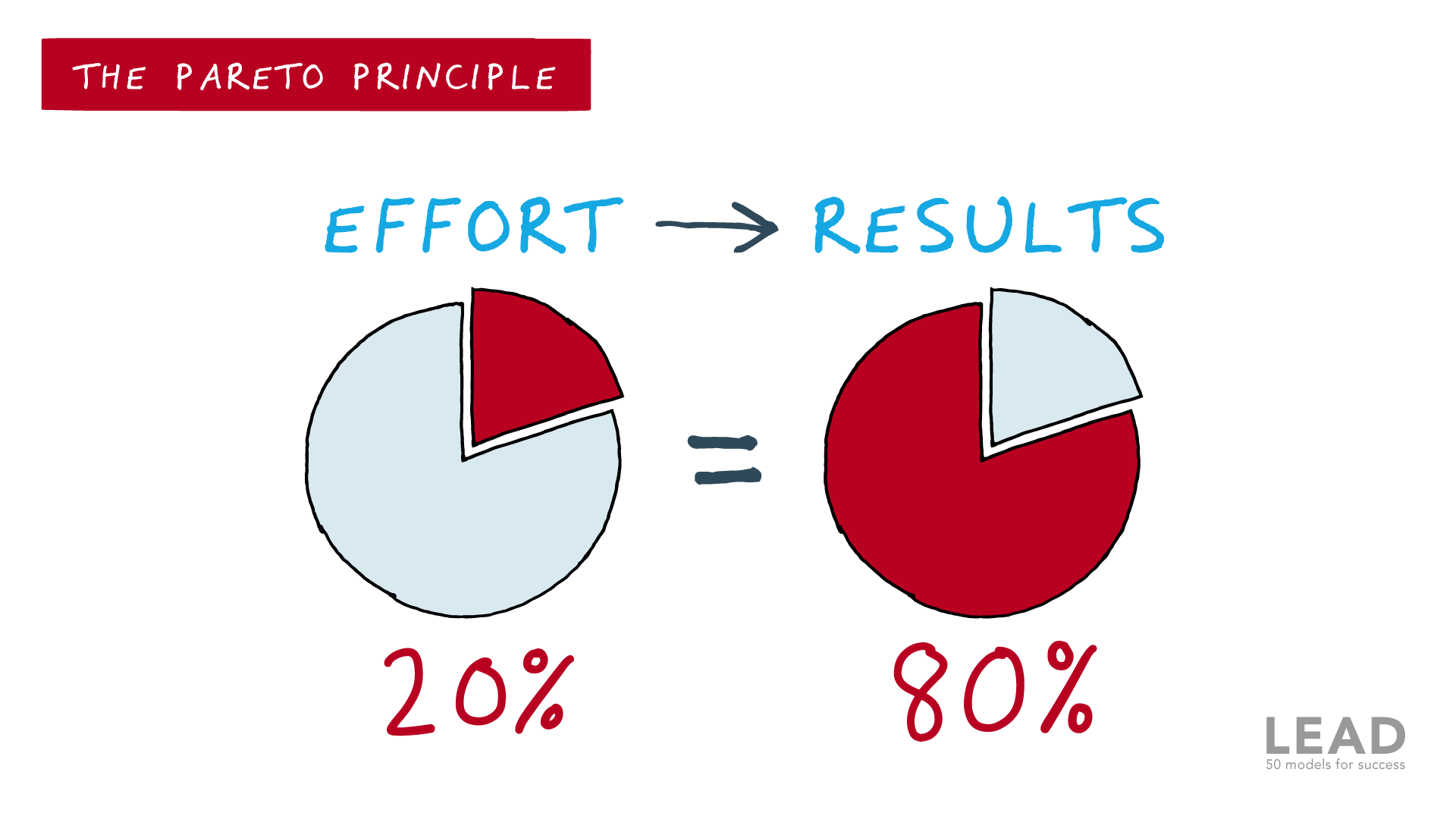 Thankfully, the physicists Alessandro Pluchino and Andrea Rapisarda and the economist A.E. Biondo at the University of Catania examine the Pareto Principle. Which is probably the first statistical modeling of the prevalence of luck, their 2018 study, Talon vs. Luck: The role of Randomness in success and failure, that confirms that success can have nothing to do with innate ability: However, if it is true that some degree of talent is always necessary to be successful in life, almost never, do the most talented individuals reach the highest peak of success, being over taken by mediocre but sensibly luckier individuals. 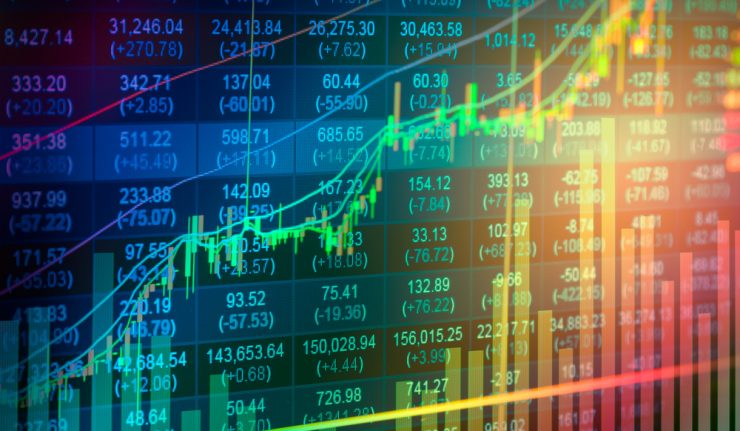 And this my friends, leads to the problem that since rewards flow to those who have already achieved, it produces a further, luck of more opportunities for many talented individuals. And this is clearly evident in the financial markets, such as the stock markets, where our investment houses always reminds clients of the mantra, which is, past performance will never guarantee future results. However, our financial managers who do well are lauded and oh yes, attract more money, even if their success might just Be having made a fortunate choice. 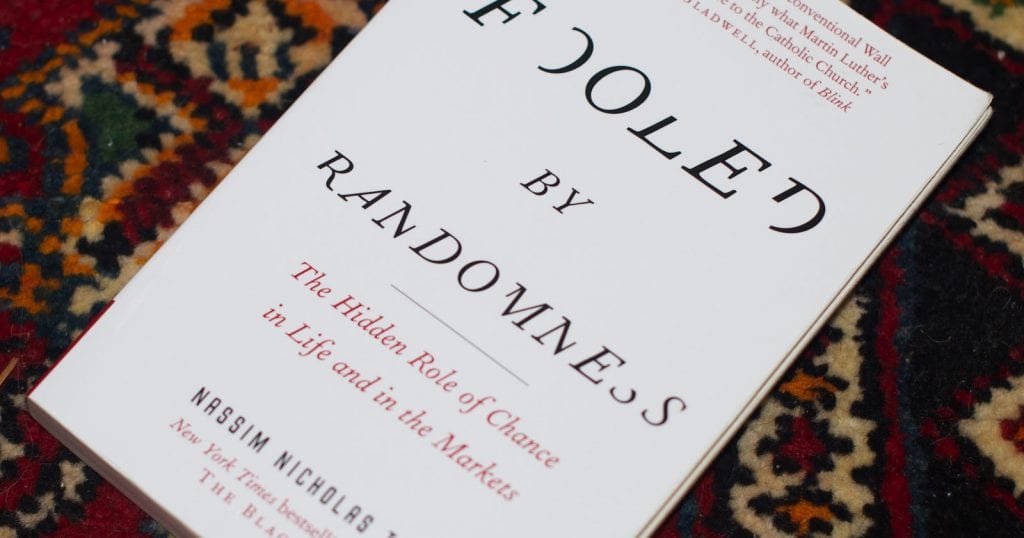 New York University Distinguished Professor of Risk Engineering Nassim Nicholas Taleb looked into this phenomenon in his book Fooled by Randomness: The Hidden Road in Life and in the Markets and he argued that the Wall Street gurus see financial patterns and clues that aren’t always really there, (and I, being a stock Trader agree with him wholeheartedly). Similarly, Paul Solman and Thomas Friedman note in their book, that is titled Life and Death on the Corporate Battlefield: How Companies Win, lose, Survive that a firm’s brilliant strategy may prevail in one instance and a brilliant new product may spell total victory in another, however, behind that bottom line, there are, yes indeed, many more cross fingers than the traditional view of business would lead us, or want us to believe. Their comment follows the extraordinary Shakespeare’s simple observation in his play Cymbeline, Fortune brings in some boats that are not steered. 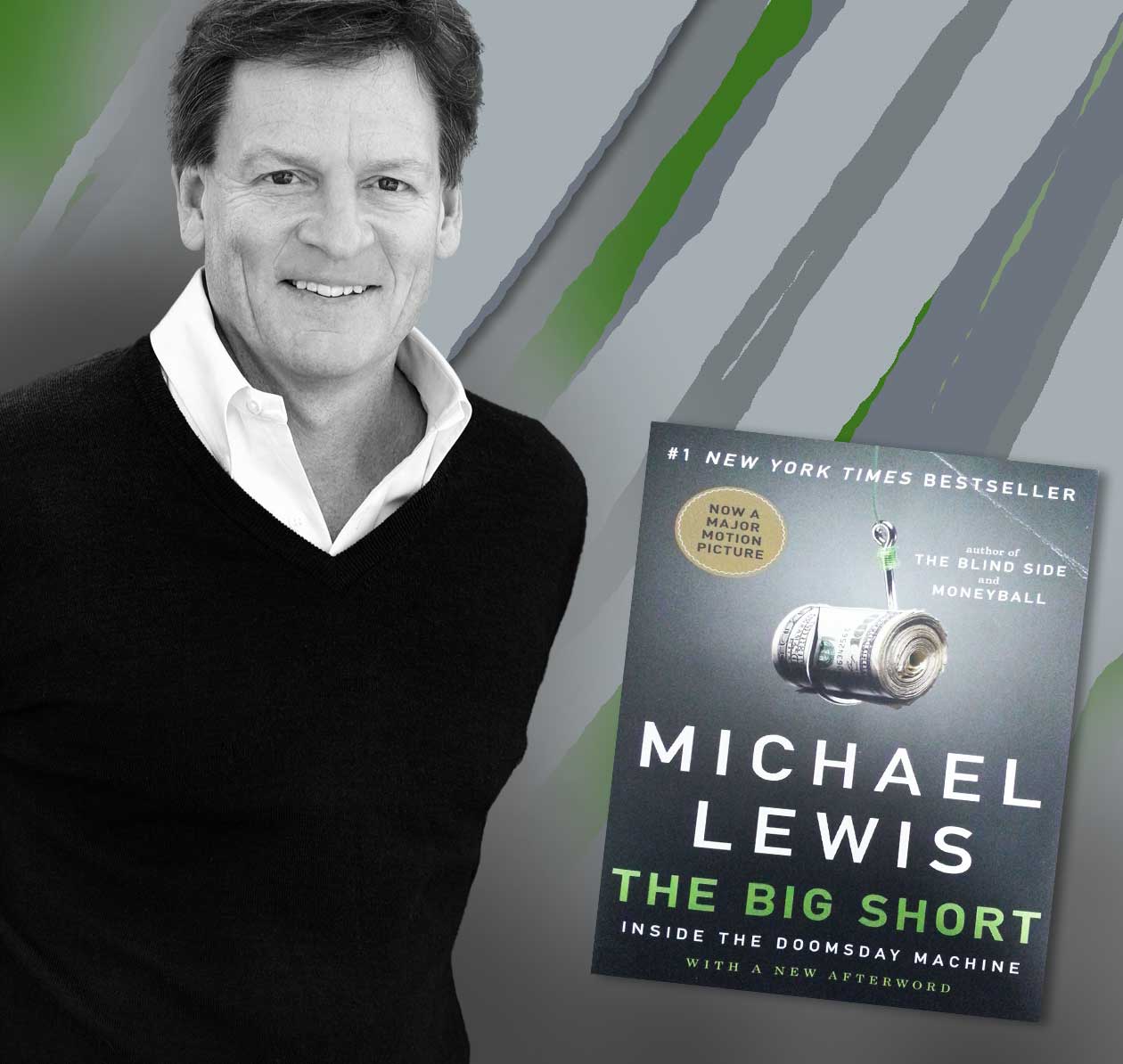 A real Insider who chronicled the market and knows the role of luck first-hand is Mr Michael Lewis. The author recalls how his success was simply being in that right place at the precise time. In the 1980s while attending the London School of Economics, the 24-year old Michael Lewis was invited by his cousin to dinner hosted by the Queen’s Mother. Lewis had rented a tuxedo and found himself seated next to the wife of a managing partner at managing partner at Salomon Brothers. Being impress by this young grad student, she convinced her husband to give him a job. This allowed the young Lewis to become a house derivatives expert. 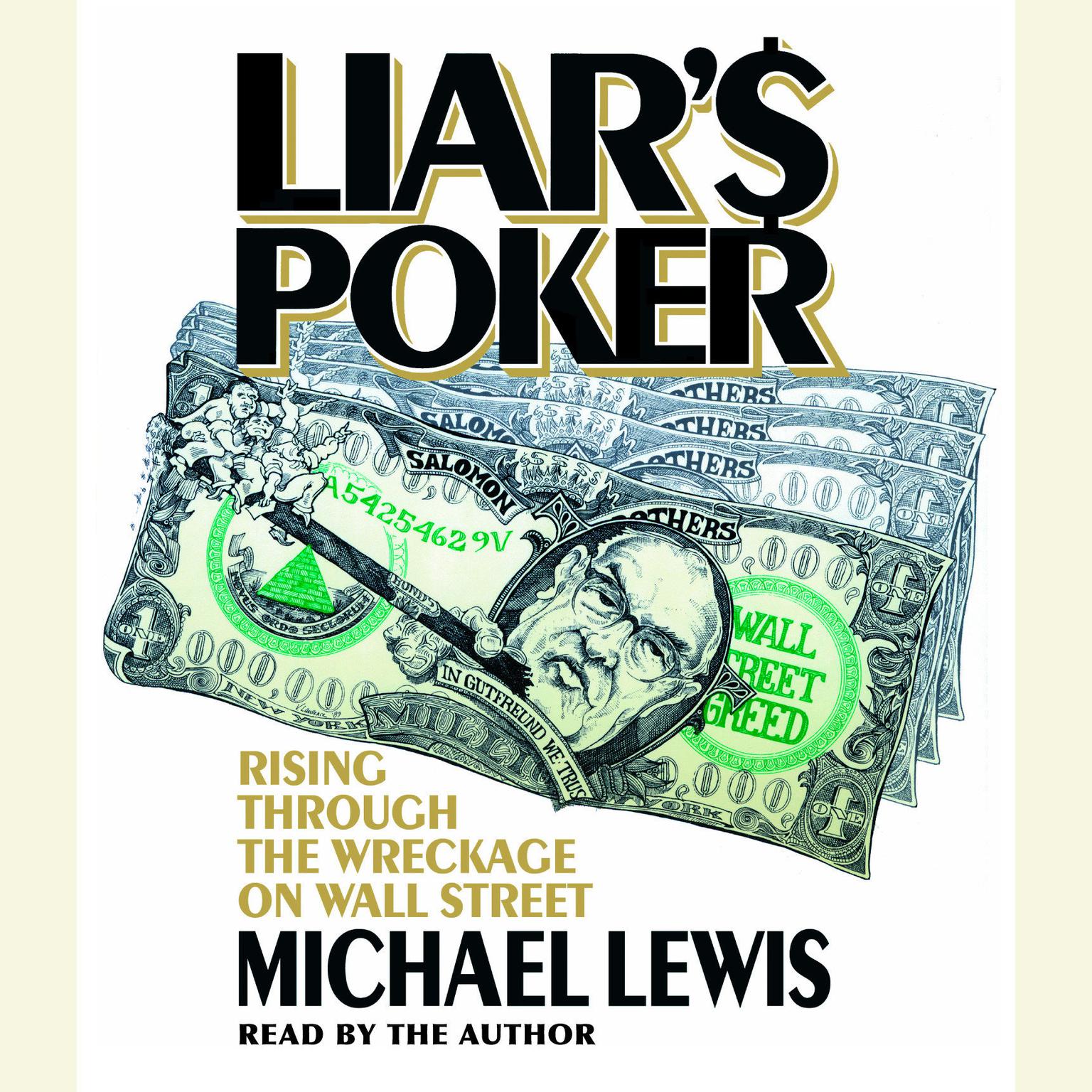 From what he picked on his new job, he penned his 1989 best- seller book liar’s poker, about the boastfulness and deceit rife on Wall Street. My God, what were the odds of being seated at that dinner table next to that Solomon Brothers lady? Of landed inside the best Wall Street firm to write the story of the age? Of landing in the seat with the very best view of the business? Lewis toad Princeton University graduating class back in 2012. This isn’t just false humility. It is fake humility with a major point. My case illustrates how success is always rationalized. People absolutely don’t like to hear success explained away as luck, especially the successful people. 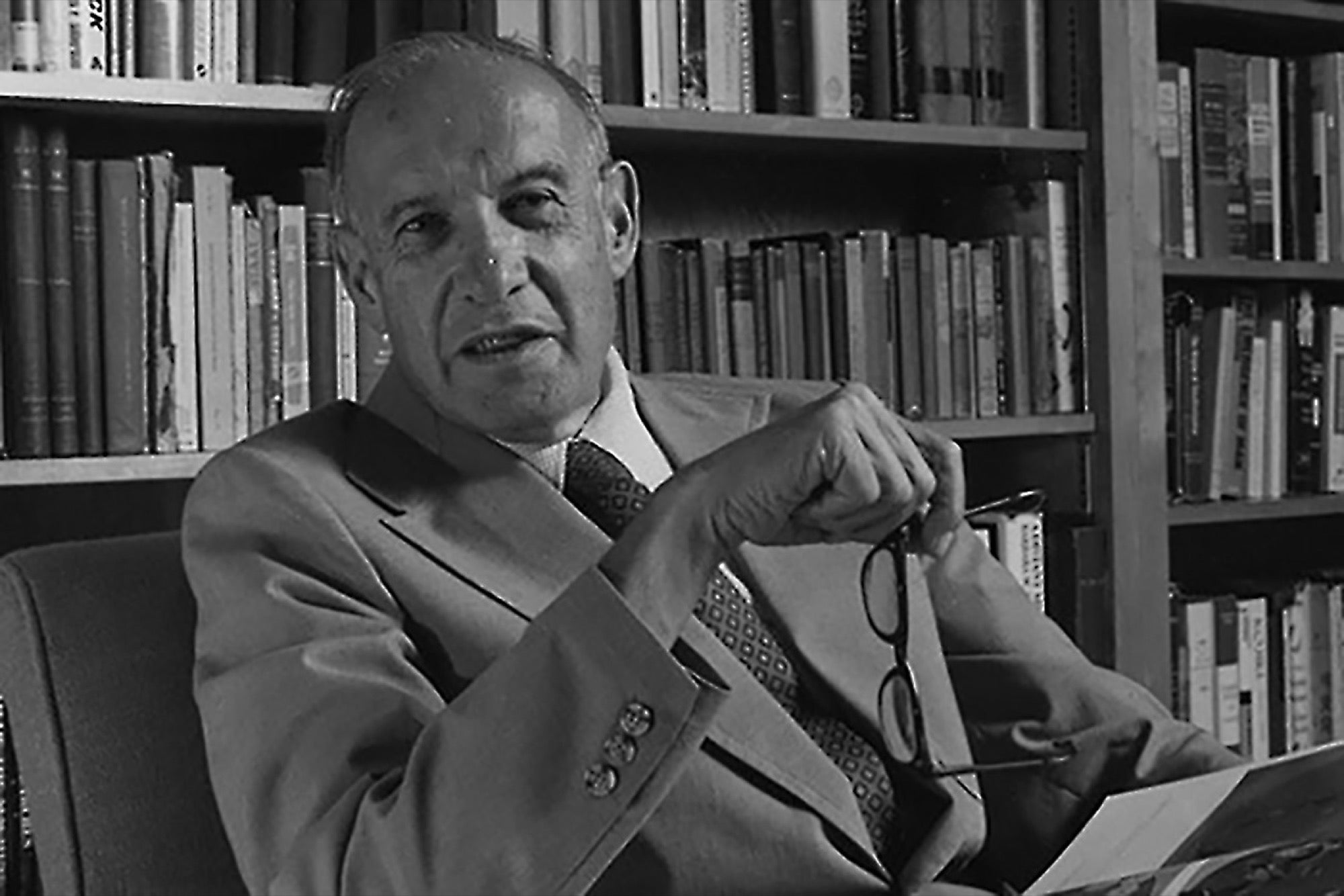 As they age, and succeed, people feel their personal success was somehow inevitable. Author E.B. White succinctly observed the same thing in a 1944 column for Harper’s Magazine: Luck is not something you can always maintain in the presence of self-made men. However, don’t bet it is all on fickle odds. Work and diligence are essential. Mr Peter Drucker, who is the founder of modern management, who luckily fled Nazi Germany in 1933 noted in his Managing for Results: Luck, chance and catastrophe affects business the same way as they do all human endeavors. However, luck never built a business. 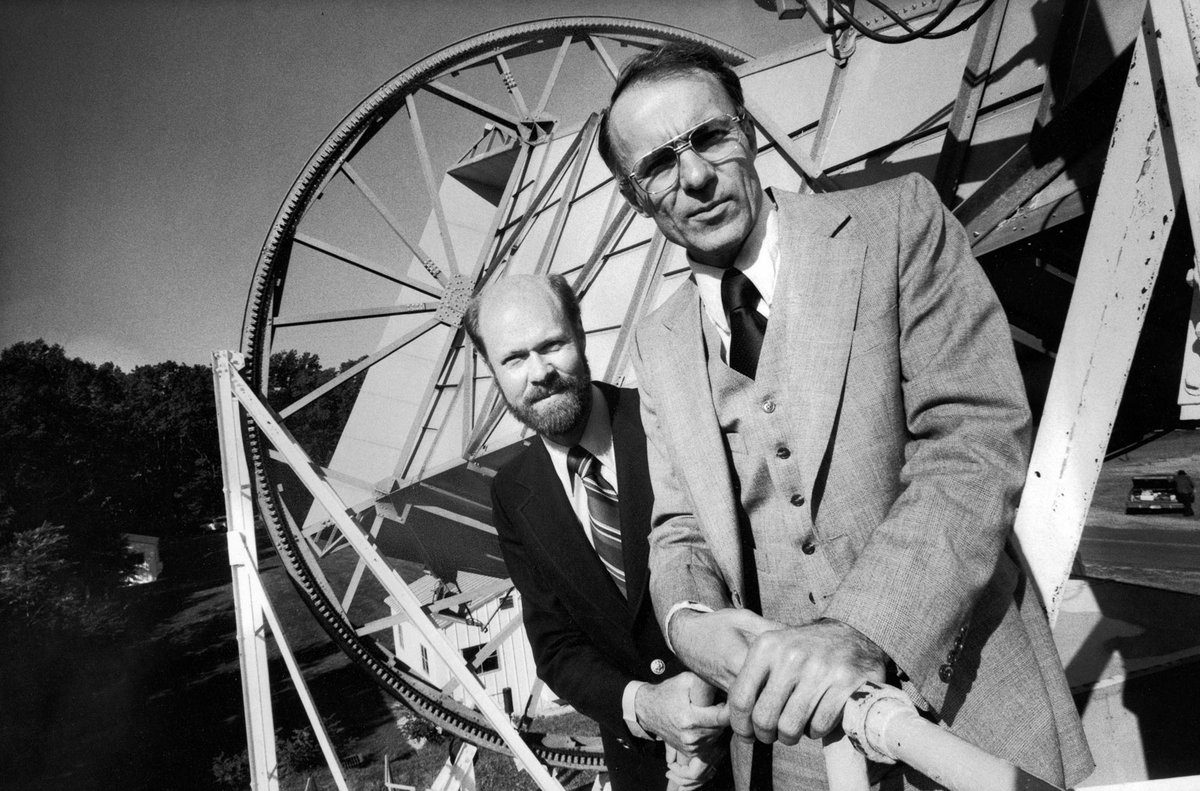 Growth and prosperity comes only to the business that systematically finds and exploits its potential. Even so, always keep your eyes and ears open, for you actually never know what the stars and the cosmos just might align. That’s exactly what happened to Robert Wilson and Arno Penzias, radio astronomers working at Bell labs in Holmdel, New Jersey in 1964, these two were attempting to map signals in the Milky Way, and they couldn’t figure out the cause of an odd buzzing noise that was being picked up by their equipment. As they work to get rid of the static- including removing a bunch of pigeons that has nested in their 20-foot horn shaped antenna, the pair realized they weren’t receiving random sounds but Cosmic microwave background. 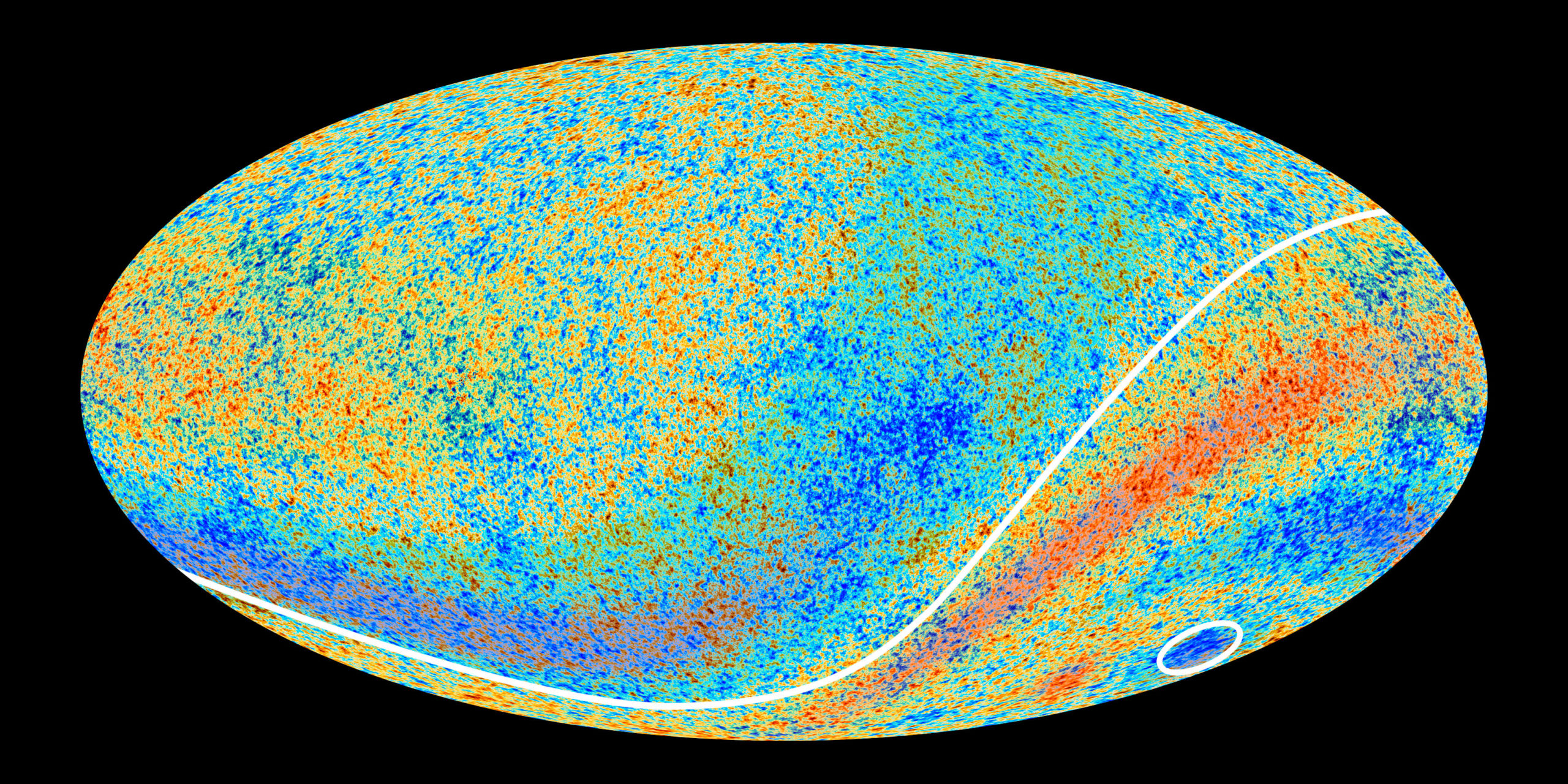 The thermal echo of the Big Bang, an event that created the universe. For confirming the start of space and time, Penzias and Wilson won the Nobel Prize in physics. Those unwanted pigeons helped make them a pair of very awesome lucky ducks. So my friends, we all know we must have passion, we must use persistence, we must believe in ourselves and what we are doing, and to always never ever give up. However, the Universe just might smile on you and give you a little luck as a reward for your hard work.

2 thoughts on “SUCCESS AND A LITTLE LUCK?”